Spotlight on our alumni - Elisabeth Alarie

Creator of the Lili Rouge line


Élisabeth Alarie, a makeup artist who graduated from Inter-Dec College in 2001, has put into practice and perfected her art with the biggest names in the business, both here and in the United States.

From 2001 to 2004, she worked in the American market, in California, as a professional makeup artist for several artistic events, including doing makeup for many renowned celebrities, such as The Pussycat Dolls.

When she returned, Élisabeth Alarie burst onto the Quebec scene with the launch of her own cosmetics line, Lili Rouge. At the same time, she worked as a professional freelance makeup artist for various Quebec media outlets (magazines, newspapers, television and major events). In particular, she collaborated with Clin d’œil, Elle Québec and Le Journal de Montréal, among others.

Élisabeth is also an entrepreneur who founded her own company in 2004: Les Distributions Rouge Cosmétiques. It includes 4 sections: A makeup academy, a shop, a professional makeup artist agency and a complete line of professional cosmetic products. Its offices are located at Studio Rouge in Saint-Sauveur, in the Laurentides.

Both an artist and a businesswoman, Élisabeth is often asked to speak in front of crowds at conferences or during various courses. 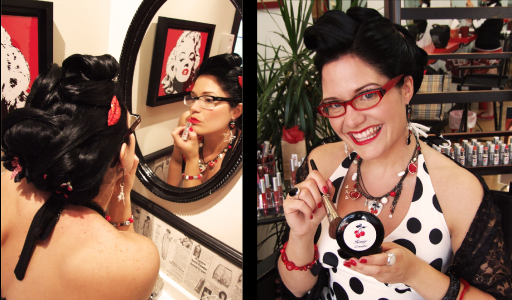 Élisabeth, as a makeup artist who graduated from Inter-Dec College, how did your education help you?

From the time I started my training in makeup, I knew that I had made the right choice. The education I received was a chance for me to find answers to my many questions and to become a part of the artistic community. My experience in the program prepared me well for my entry into the world of fashion and beauty. The Inter-Dec College environment quickly became like a big family for me, where everyone knows everyone else and where student success is truly emphasized, with the goal of forming professionals in this business.

And more importantly, I got the chance to meet and establish relationships with the other students, who later became my colleagues in many cases. 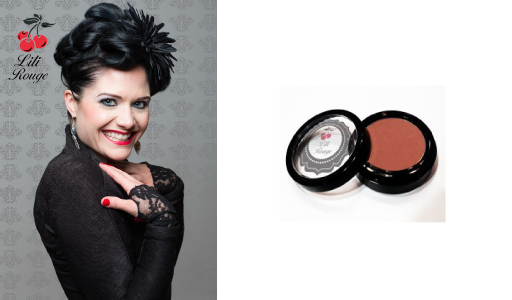 Here is the newest LCI Education network selection, created by alumni from @Inter-Dec College | Montreal in in Artistic Makeup.

The paths of Maryana Krylova, a graduate in Business Management and Reda Jaouhari, a student in Hotel Management and Tourism, have crossed at LaSalle College. Life and business partners, they created their own company called Mare Cosmetics.

A LaSalle College graduate from 1993, Chantal Malboeuf now specializes in designing high-end and luxury clothing in the Chabanel district—Montreal’s garment district. Get to know an ambitious and inspiring woman!

Spotlight on our alumni - Sofia Sokoloff from LaSalle College |Montréal

We recently sat down with Sofia Sokoloff, LaSalle College’s Fashion Design program alumni, to talk about her career path. This talented leader currently heads Sokoloff Lingerie, the company she founded.