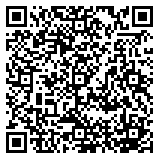 I am responsable, meticulous and very well organised. Although team work is very stimulating for me, working individually also brings me great satisfaction. I am enthousiastic and I have a great desire to learn. I easily adapte to new work environnements. My experiences to this day have allowed me to note that I have excellent skills with costumer service as well as human relations. During my studies at la Cité College in graphic design and LaSalle College in fashion marketing, I have been able to acquire notions in business management, marketing, fashion and graphic design.

Volunteer for the daycare of l’école des cépages (2011-2014)
Preperation and decoration of the classes.

Fashion Show Coordinator (2017)
I was voted to be the show coordinator for the annual SMCL fashion show.
Collège LaSalle

Class Representative (2013)
Each year a student volunteers to represent the interests of the students.
Collège La Cité