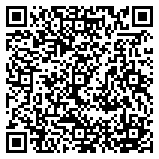 I am a hardworking individual with a positive attitude and I am able to multitask with any task thrown my way. I am an honest hard working person who enjoys working with others. I am approachable, well organized, well presented and able to establish good working relationships with a range of different people.

Both received for my Veteran Volunteer Work at the hospital