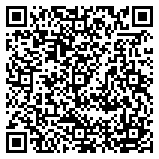 2013 – 2014 JRP Gallery. Montreal/Canada
Artist in Residence
Three of my works were displayed at this Gallery.

February 2006 The third place in the competition of caricatures in Essen/Germany.