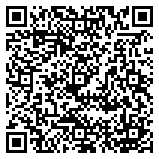 My name is Brooke Clokie, and I'm a fashion marketing student at College LaSalle. For as long as I can remember I've always been passionate about the fashion industry, and learning all the key aspects included in it. As I’m currently studying fashion marketing, I want to try and gain as much experience within this realm, and follow through with a career in this field.