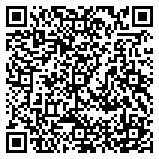 My name is Neil, and I am from China. I really admire game developers who have made so many excellent video games. When I was playing video games, I always thought about how they do it. Therefore, I decided to be a game programmer. I moved to Canada in 2018 and began to learn Game Programming at LaSalle College. At LaSalle, my studies were focused on game development with C++, C# and Unity. I also have some experience with tool development using WPF. I have tried to make many games in Unity such as Tower Defence game and FPS game. I also studied to build AI library including pathfinding, state machine and behaviours in C++. However, I am most interested in gameplay. I have worked in a team with designers and other programmers to develop a RPG game with Unity. In that project, I am responsible for many gameplay features such as the loot system, quest system, buff/debuff system and so on. I really enjoy coding, even fixing bugs. Now I believe I have enough knowledge to be a programmer in the industry.