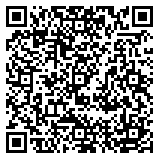 Born in Panama City, Panama, a modern Latin American country often known as the “Center of the World, Heart of the Universe,” Mauricio Herrerabarría is now based in Montréal, Québec. A graphic designer and photographer, Mauricio’s career as a storyteller and media artist began in fashion, working for over four years as editor-in-chief and art director of GOGO Magazine (2013-2017), a Panamanian monthly lifestyle magazine. He’s also worked as a correspondent for El País’ ICON Magazine in Spain (2016) and as a TV host for one of Panama’s biggest networks (2016-2018). Herrerabarría has also ventured into filmmaking, writing, and co-directing The Myth Of Us, a fashion short-film that earned the highest prize at Panama’s Fashion Film Festival. He’s currently studying Arts, Literature, and Communications at LaSalle College, where he’s formalizing his education as a cultural observer and communicator. His interests range from John Waters to Jack Kerouac. He’s currently in lockdown working on a documentary project about national identities, as well as a series of short stories.

Profile: I Am One of Them

Curating an Art Exhibit - Gender Benders: The Study of a Continuum.